Export to Outlook or iCal (.ics)

Founded in 2004 and held at the beautiful Delta King, a genuine 1860's riverboat and floating hotel located in historic Old Sacramento, the ASC is hosted by the God Father of screenwriting, Dr. Lew Hunter.

With our SPECIAL WRITERS PASS  you get a day-long summit learning screenwriting in an intimate setting  PLUS The SACRAMENTO FILM AWARDS and the ENTIRE SAC FILM FEST!

Dr. Lew Hunter  -  Emeritus at UCLA, He LITERALLY wrote the book, "Screenwriting 434".  He's sold scripts and worked as an executive for nearly every major studio. His former students include Allison Anders, Adrienne Parks, Alexander Payne, David Titcher and many others.

Richard Broadhurst - award-winning playwright/screenwriter.    Richard has worked with Larry Moss, Noah Wyle, Jason Alexander, Edward Asner many others. He has also acted in many productions including  One Life to Live.

Dawn Spinella -  winner of the Alfred P. Sloan Screenwriting  Dawn is an MFA in film from UCLA. She penned the biographic of autistic cyclist Freddie Hoffman and has consulted on various projects for Minerva Productions (The Kids Are All Right).

Promises to be the best screenwriting  conference to hit Sac in...ever!

Thanks to all for this excellent day.  The time with the screenwriting panel, morning and afternoon, was enlightening well worth the festival pass in itself.  So thankful for all of your time and effort in putting this event together.  Wish I could have stuck around for the evening...  Looking forward to next year.

Sorry I'll miss this great event! I'll be finishing up coverage of my first TriBeCa Film Fest for Script Mag and Women You Should Know... But I'll be there in spirit.:) Can't wait to pull my own Greta Gerwig and bring more scripts (and films) to Sacramento. Have a great event!

I'm excitedly looking forward to experiencing the Festival and the American Screenwriters Conference!

I found one of Dr. Hunter’s books at a Goodwill in Atlanta 3 yrs ago.  I’d never been on a tv/film set in my life, but I loved moooovies!

I was a prolific writer in my former life so I purchased the book on a whim thinking “why not?”

Best advice in his book — if you want to write a great screenplay get on a set.

You LITERALLY changed my life!!!

I feel incredibly honored to have both ”Legacy,” and its prequel ”Luana’ accepted into the screenwriter's conference! I can't wait for May! 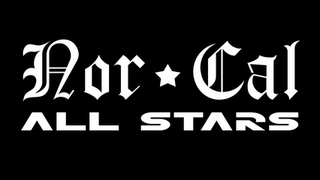